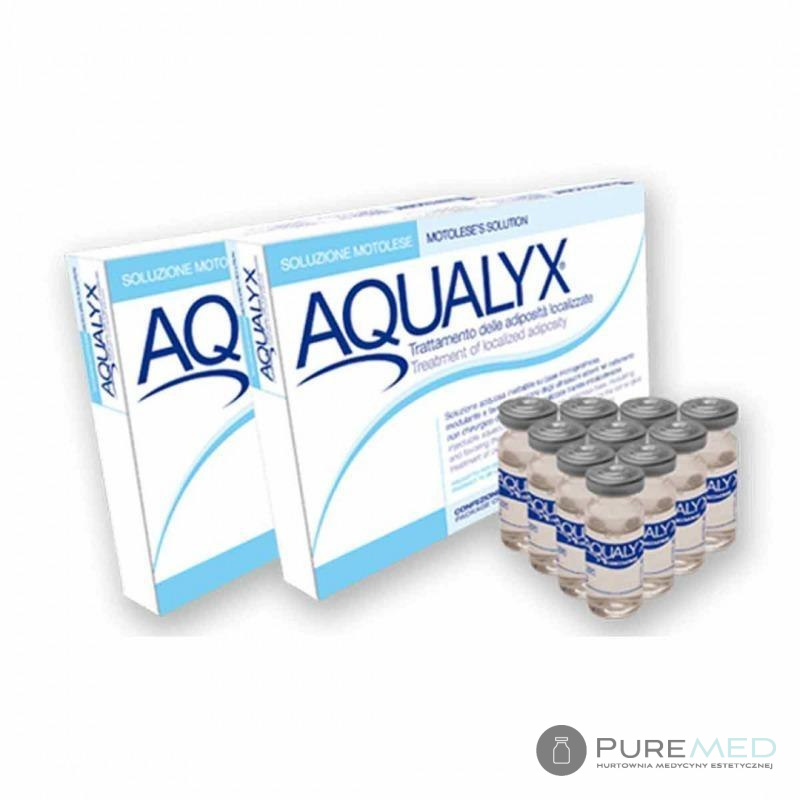 Aqualyx is a lipolytic solution without phosphatidylcholine, in which the main substances acting on the fat cell are detergents (such as sodium deoxycholate). The detergent permanently dissolves fats and destroys the cell membrane - the process of adipocytolysis takes place. Aqualyx destroys fat cells that are transported to the liver and excreted from the body by the kidneys, thanks to which the fat is removed forever. When performing treatments with Aqualyx, you should drink plenty of water (2-3 liters a day), and take care of the right amount of exercise and regeneration of the body.

Contrary to the commonly used phosphatidylcholine solutions, Aqualyx is:

Aqualyx is an innovative product that uses the method of injection fat removal. It is currently the ONLY and REGISTERED substance in Europe for injecting adipose tissue.

What is the procedure with the use of Aqualyx?

Who is the injection lipolysis treatment with Aqualyx for?

The best results are achieved by patients who have an excess of burdensome adipose tissue, which is difficult to eliminate through exercise and a proper diet.

What is the injection lipolysis treatment with Aqualyx?

Lipolysis is a physiological process in the body that breaks down body fat. During this process, triglyceride molecules break down into free fatty acids and glycerol. It is a key and necessary process for the proper course of lipid metabolism. Lipolysis is a basic phenomenon in obtaining energy from adipose tissue. The treatment with the use of injection lipolysis and the Aqualyx product allows for the local removal of undesirable and unwanted adipose tissue.

No, the injection lipolysis treatment with Aqualyx is practically painless. The injection procedure is quick and safe, and does not require any anesthesia!

The treatment requires practically no convalescence, small bruises may appear at the place where the preparation is applied. Immediately after the procedure, you should drink plenty of water and avoid alcohol.

The best results with the use of Aqualyx occur in people who are slightly overweight, with local excess of adipose tissue. In the case of people with more fat, it is necessary to perform the procedure several times.

fatty tissue around breeches, the inner part of the thighs (as well as loose skin - firming properties),

troublesome fat under the buttocks,

modeling the contour of the mandible,

folds on the back,

for people who cannot lose body fat from a given part of the body.

thyroid disease (Aqualyx can be performed in people with autoimmune disorders of the thyroid gland, in people with Hashimoto's only when the level of antibodies is very low or equal to zero).

During treatments with Aqualyx, it is advisable to drink plenty of water, eat a diet that does not burden the liver, and exercise.

WARNING! Aqualyx is not a slimming preparation.

The product may only be used by professionals.

By purchasing the product, you declare that you are a doctor or cosmetologist trained in aesthetic medicine.

There is currently no comments or ratings for this product. 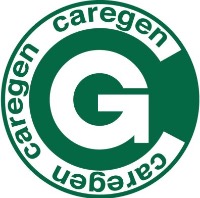